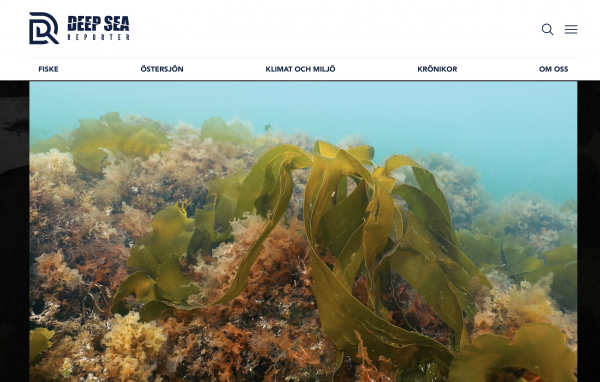 Summer 2021, Marko started a co-operation with Deep Sea Reporter, producing short films about the oceans around Sweden with focus on Öresund and Kattegatt. The first film is about marine nature reserves in Northern Öresund.

You can watch the film here:

n 2018, We made a long series of short travel films for Allt om Resor/Expressen, to be used in social media.

In 2018, We made a long series of short travel films for Allt om Resor/Expressen, to be used in social media.

In 2018, We made a long series of short travel films for Allt om Resor/Expressen, to be used in social media.

In 2014, we made a series of films for the Swedish Royal Society for Engineers, IVA, and their mentor program Mentor4Research.

Music Video Alles Was War with The Headlines

Together with Anna W Thorbjörnsson, we produced this music video in Berlin for Swedish punk rockers The Headlines.

In this commercial, I was the Director of Photography for all th underwater work.

Recorded underwater in 2013 by Marko T Wramén, premiered by Vice Germany. Awarded as runner up for Best Experimental Project at Action On Film International Film Festival in California.

This underwater documentary was produced by Marko T Wramén in 1999 for the Swedish adventure television show SVT Äventyr.

It tells the story about how sunken ships acts both as time capsules and time machines, preserving the dramatic moments of its sinking if not for eternity, then for many many decades. Wrecks also functions as artificial reefs, the hard surface of the hull mimicking rocks and providing living spaces for whole underwater eco systems of algae and marine animals.

Specifically, the films tells the stories about the sinking of the German Naval ship Ostmark in 1945 and about the Swedish cargo ship Ares, sunk in a collision in 1905.
Wreck Diving received several International Awards;
• Prix Dimitri Rebikoff at Festial Mondial de l’images Sous-Marine, Antibes, 1999
• 1st prize at Festivale Internazionale Video Cinematografica Subacquea, Isola D’Elba, 1999
• The Special Prize of the Jury at Moscow International Festival of Mountaineering and Adventure Films, 2000.

Great Accolades to dedicated diver Jonny Magnusson in Helsingborg for transferring the film from miniDV tape to MP4 file! 🙏🙏